Edit
“I do not aim with my hand; he who aims with his hand has forgotten the face of his father.

I aim with my eye.

I do not kill with my gun; he who kills with his gun has forgotten the face of his father. I kill with my heart.”

The Dark Tower is an 2017 American science fantasy western film directed and co-written by Nikolaj Arcel. A continuation of Stephen King's novel series of the same name, the film stars Idris Elba as Roland Deschain, a gunslinger on a quest to protect the Dark Tower – a mythical structure which supports all realities – and Matthew McConaughey as his nemesis, Walter o'Dim, the Man in Black.

Intended to launch a film and television franchise, the first installment combines elements from several novels in the eight-volume series, as well as elements from The Shining and Doctor Sleep, taking place in both modern-day New York City and in Mid-World, Roland's Old West-style parallel universe. Arcel has said that fans will know the film is a sequel to the books' events. The film premiered at the Museum of Modern Art in New York City on July 31, 2017, and was theatrically released in the United States on August 4, 2017 by Columbia Pictures. The Dark Tower has grossed $27 million and received generally negative reviews from the audience, with criticism focused on its incomprehensible plot and unfaithfulness to King's novels, though Elba and McConaughey's performances received some praise.

A Tower Stands At The Center Of The Universe Protecting Us From Darkness. It Is Said The Mind Of A Child Can Bring It Down. This film's story occurs sometime after the events of The Dark Tower VII: The Dark Tower.

After evading the monsters, Jake tracks down an abandoned house seen in one of his visions and paper sketches. Upon entering the house, he discovers a high-tech portal which he activates, and travels to another world from within an alternate dimension: Mid-World.

After wandering the land, almost becoming dehydrated due to the world's weather conditions, he encounters a stranger aiming a mystical revolver at him as he is drinking a water canteen. His name is Roland Deschain and despite brushing Jake off as a threat, he announces to him that he is seeking out the warlock magician Walter "o'Dim" Padick, in order to vanquish him and exact revenge for murdering his father Steven. Roland explains to Jake that Walter has been abducting children with psychic powers (Referenced in Kings other works as “The Shine”) and forcing them into destroying the Dark Tower that stands at a center of the universe called End-World, which will allow twisted and horrifying monsters from the darkness outside to invade and destroy all of reality. Roland takes Jake to a local village to have his visions interpreted by a seer.

Meanwhile, Walter learns of Jake's identity and journey to Mid-World. He investigates, and realizes that Jake has enough psychic potential to destroy the Tower single-handedly. He travels to New York, murders Jake's stepfather, interrogates his mother Laurie about his visions, and then incinerates her with his dark magic. Back in Mid-World, the seer explains that Roland can reach Walter's base of operations by traveling through his base in New York. Out of nowhere, Walter's demonic henchmen attack the village and almost kidnap Jake, but Roland kills them all.

Roland and Jake return to New York. When Jake returns home to check in on his parents, he finds their remains and is emotionally devastated. Nevertheless, Roland vows to avenge them and comforts him by teaching the Gunslinger's creed and the basics of gun fighting.

While Roland re-arms himself at a gun store, Walter captures Jake and takes him to his base whereupon he straps him to a machine, intending for him to collapse the Tower's Six Beams. But Jake uses his psychic powers to alert Roland to his location, and Roland battles his way through Walter's henchmen one by one which also including him killing Walter's right-hand man Sayre.

With nothing left to lose, Walter confronts and severely wounds Roland with his powers. All seems lost until Jake reminds Roland of the creed, and he recovers and shoots Walter with a trick shot, supposedly killing him on the spot. Roland then destroys the machine, reconstructing the six Beams of the Tower and saving Jake and the children.

In the aftermath, Roland declares that he must return to his own world for further adventures and offers Jake a place by his side as his companion, which Jake accepts. After enjoying Ka-tet hot dogs, the two depart for Mid-World in hopes that they will reach the Tower's nexus point and restore the dying world.

Breaking Bad actor Aaron Paul was rumored to make an appearance as Eddie Dean but the rumor has recently been denied. Eddie Dean will make a first appearance in the movie's sequel though.

The Dark Tower began filming in South Africa in April 2016. The film also shot scenes in New York. In October 2016, the film was screened to test audiences with negative results, with many labeling it confusing and messy. In response, Sony and MRC spent $6 million on reshoots to fill in the backstory of Idris Elba's character.

In September 2016, Entertainment Weekly reported that following the release of the film, a television series set within the same continuity is scheduled to be released in 2018. Both Elba and Taylor are set to reprise their roles as Roland and Jake, respectively. The series has been confirmed to fill in the backstory to the film, being based on King's Wizard and Glass, The Wind Through the Keyhole and with elements of The Gunslinger, starring younger actors playing young Roland and young Walter. Glen Mazzara will be the series' showrunner. In February 2018, Amazon bought the rights to the series adaptation and by January 2020 decided not to move forward with the pilot, but production company MRC is shopping the pilot scripts elsewhere.

In an interview with Collider, Stephen King expressed hope for a sequel to The Dark Tower in addition to the film's follow-up television series, stating that if a sequel is made, it would have an R-rating, would include Roland wearing a hat, and that the opening scene of The Drawing of the Three, in which Roland loses two of his fingers to "lobstrosities", would be adapted. In an interview with Coming Soon, Nikolaj Arcel confirmed that this scene would be adapted, that Eddie and Susannah Dean would be included in the film, and that Idris Elba, Matthew McConaughey, Tom Taylor and Jackie Earle Haley would reprise their roles as Roland Deschain, Walter o'Dim, Jake Chambers and Sayre respectively.

There are other worlds than these 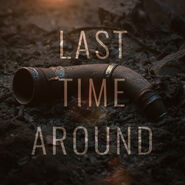 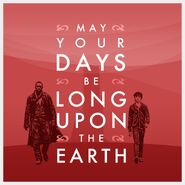 Poster with the tagline "One Sworn To Destroy It"

Poster with the tagline "One Sworn To Protect It" 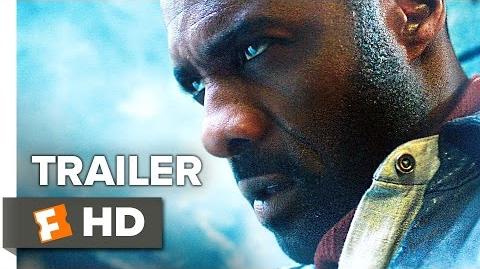 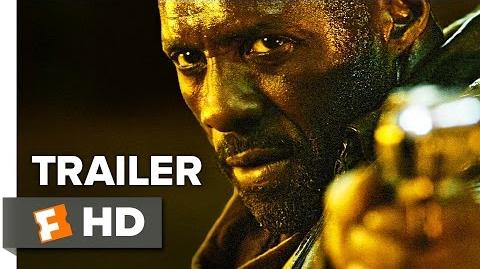 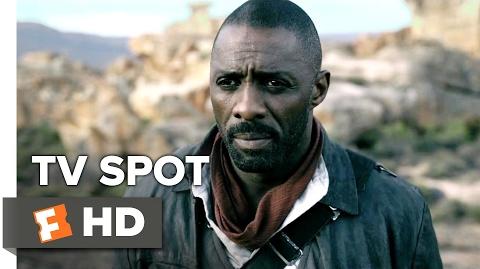 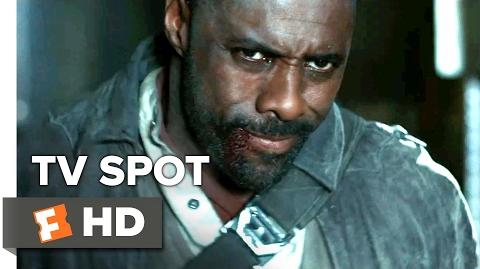 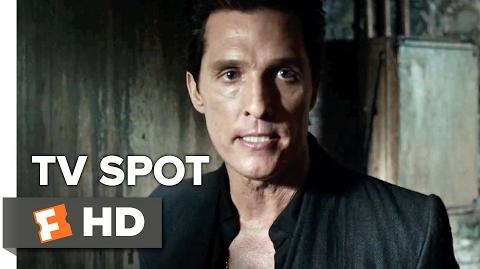 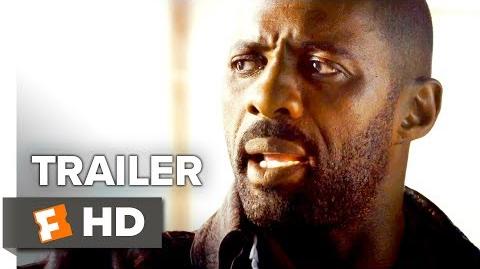 This Wiki currently supports the Dark Tower Adaptation Petition. To Sign the petition and hopefully speed up production of the franchise, click here.