The Horn of Eld is the personal horn of Arthur Eld. It was passed down the generations until it reached Roland Deschain.

Originally, the Horn was lost in the battle of Jericho Hill. Roland had given the Horn to Cuthbert Allgood, who blew it until he died. Roland neglected to obey his friend's final wishes and left the Horn at Jericho Hill.

Stephen King's inspiration for the Horn of Eld almost certainly comes from the French poem, "The Song of Roland". In it, there is a battle that bears some similarities to the Battle of Jericho Hill. The Roland mentioned in the poem dies when he calls for reinforcements, from the exertion of blowing the horn.

First look at the Horn of Eld for the movie adaptation. 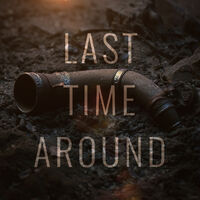