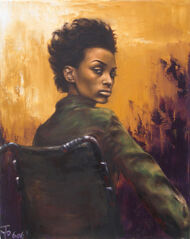 Status
Alive
Appearances
The Drawing of the Three


The Waste Lands
Song of Susannah


The Dark Tower
Mentioned
Wizard and Glass
Wolves of the Calla

Detta Walker is an alternate personality of Susannah Dean. This personality was created when Jack Mort dropped a brick on the head of Odetta Holmes. Detta is a violent, mean, and base individual ruled by sexual desire. She is fueled by hatred towards white people, calling them "honky mahfahs". Her accent represents a stereotyped view of how black people speak. Eddie Dean once described it as being part Butterfly McQueen and part Foghorn Leghorn.

Unlike Odetta, Detta's personality reappears on numerous occasions throughout the series, sometimes helping and sometimes hindering Roland Deschain and his Ka-Tet. As is the case when in Blaine's Cradle where Detta solves the riddle of the prime numbers running backwards.

Retrieved from "https://darktower.fandom.com/wiki/Detta_Walker?oldid=20058"
Community content is available under CC-BY-SA unless otherwise noted.