Start a Wiki
The Deadlights 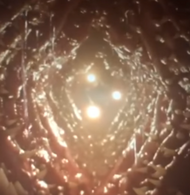 The only people to look into the Deadlights and survive are Bill Denbrough's wife Audra, Richie Tozier, and Beverly Marsh.

Retrieved from "https://darktower.fandom.com/wiki/Deadlights?oldid=20479"
Community content is available under CC-BY-SA unless otherwise noted.